How Not to Be a Crazy Sports Parent

Home » Parenting » How Not to Be a Crazy Sports Parent

It’s been an intense spring with all three kids playing on various baseball teams. Many a Saturday afternoon has seen me scurrying around local fields with one team baseball cap on my head and two others in my bag, ready to be rotated in. It’s been frantic but fun, except when it wasn’t. One of my boys in particular has had a season with a lot of, let’s say, opportunities for character development. I’ve tried my best to encourage and keep his spirits up, but sometimes it is hard when I feel as deeply discouraged as I believe he does.

I might not look or act very competitive on the outside. I am never going to get in a fistfight or yell obscenities, but just ask my husband. I am DEEPLY competitive. And so I spend a lot of my kids’ games in a constant state of nervous adrenaline. Sometimes, truly, I think I care more than they do whether they win or lose.

And that is nuts because deep down, I understand that losing is an inevitable part of playing any sport and part of life, and that we must teach our children how to navigate it.

Aa much as I might think I want my kids to always win, I do recognize what kind of terrible humans that would create.  And I know that as awful as it feels to strike out in baseball or lose the playoff game, that’s a small loss compared to many of the other losses we will all experience in life. Sports losses are a great place to practice responding to loss by accepting it, allowing room for all the feelings accompanying the loss, and looking for lessons to learn or ways to grow after that loss.

But I’m hardly modeling that if I’m on the sidelines living or dying by the results of the game, biting down the urge to yell at a bad call or grumbling at a perceived lack of sportsmanship by the other team (always the other team) or even fighting back tears when my kids are really struggling. I try my best to wear what I secretly think of as my pitcher’s mom’s smile–wide, peaceful, and unconcerned, but sometimes inside I am LOSING MY MIND.

I know it’s just a game, but it’s still frighteningly easy to slip into crazy sports parent mode. What is it that makes many of us get so emotional, to the point that people yell and even fight on sidelines? I think it’s similar to the way many of us operate when we’re driving–we think only of ourselves and our own passengers and view everyone in another vehicle not as humans but as obstacles in our way. When I am watching a game, I often think only of my own child and his or her success sometimes even over the success of their own team, much less that of the kids on the other team. Here’s my challenge for myself and I challenge you to do it too: root, genuinely root, for the kids on the other team as well. Wish the best for them.

It kills me that my husband is better at this than I am.

One of the reasons I like Little League baseball so much is that after a year or two in the league, there’s no team my kids play that doesn’t have at least one other boy who’s a friend or classmate or former teammate. By the time they get to the upper divisions, I know most of the kids on every team. And it’s a lot harder to wish failure upon the boy who was my son’s best friend on his team last year or who is the little brother of my older son’s friend. The whole thing just about forces me into being a good sport. When I can cheer for my son who’s at the plate but also smile at his friend who is pitching to him, it just takes some of the vicious competitive wind out of my sails. I wish this were easier for me than it sometimes is. And I often make it harder on myself by standing only with my team’s families. Our Little League only has one set of stands per field, a plan designed to bring teams together. So we parents often go ahead and segregate ourselves by lining up along the fence on our team’s side or setting up chairs behind the dugout. It becomes a lot easier to be critical of the other team and their fans when they’re all the way over there. Our parental sportsmanship can leave a lot to be desired. I’ve often thought the parents should also be forced to line up and shake hands at the end of each game, just as our children do.

It’s even harder when my kids play against teams we don’t know at all, as has been the case when my sons play club soccer. Those sidelines are even more apt to get . . . passionate. I generally choose to deal with these high emotions the same way I do in baseball, by sitting in the safe zone in the middle of my team’s section.

But while choosing to sit nestled in the comfortable womb of people all cheering for the same team saves me from getting irritated by aggressive parents on the other side, it can also keep me from seeing that other team and their fans as fellow humans. Last season, during a State Cup soccer game, for some reason my husband set up our chairs right at the center of the field, directly next to the other team’s cheering section. I would normally never have allowed such a thing, but I gave up my seat selection rights by jogging around the field before the game. When I showed up at game time, sweaty and out of breath, I had no choice but to take my seat right there on the team boundary.

The woman next to me was an uber fan, one of those people who keeps up a sort of constant cheering patter/commentary of every step of the game–“That’s it! Go, Rocco! Take it down the field. Now drop back. No, don’t let him do that. Now turn! Help him! Ref! That’s a foul!” This kind of never-ending cheering makes me crazy under the best of circumstances. It was a close game, and I found my own cheering (which tends more toward the generic, “Let’s go, boys” because I’m not qualified to yell anything else) getting louder in response. After a few minutes of her running commentary, I realized that her son was playing the same position as my son, left back. At halftime I forced myself to turn to her and comment about our sons’ shared position. She seemed shocked, honestly, that I was talking to her, but then we had a nice conversation.

After that I couldn’t dislike her or even her constant cheering any more. I still wanted our team to win, but I no longer wanted her team to lose.

It was a small step, but it was something.

I’m the manager for one of my son’s soccer teams and one of my many incredibly unglamorous duties is approaching the ref at the end of the game and signing off on the score along with the manager of the other team. It can be our little version of the post-game handshake line. Sometimes it’s hard to smile and say “Good game” when your team got pummeled or your child got fouled or things just otherwise didn’t go the way you had hoped. But that is how humans treat each other. That is how we recognize the humanity in each other.  Sports are zero-sum games a lot of the time, but life rarely is. Others’ victories don’t have to come at the cost of our own success. When we can genuinely recognize and celebrate others’ successes, we all benefit.

It’s easier most of the time to let people cheering for the other team remain Other, just as it is to do the same for people who look different, or are in a different age group, or who have different political beliefs. Yet we all know that is most emphatically not how Jesus operated. I’m old enough to remember when many of us wore little rubber bracelets that said WWJD (What Would Jesus Do?). I’m no biblical expert, but I feel pretty certain he wouldn’t punch a parent on the opposing team or curse under his breath at a ref who made a call he didn’t agree with.  To be honest, Jesus would probably sit with the opposing team, with the worst, loudest, most red-faced and obnoxious parent and make that person his friend.

Here’s my plan and maybe it’s something you could try too.  I’ll venture into what I will try not to think of as “enemy territory.” I’ll wear my pitcher’s mom’s smile, and I’ll clap when someone on their team does something good. And then, even if my team loses, I will say to the other team’s parents and to my own kids, “Good game,” and genuinely mean it. 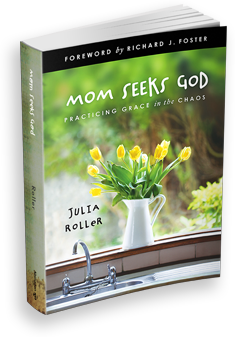 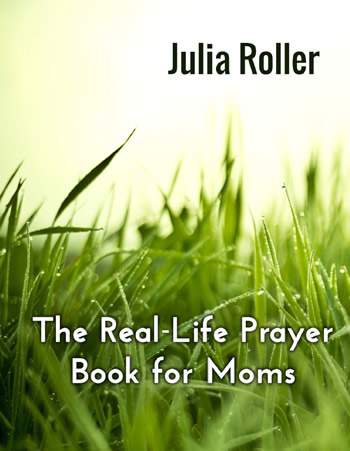